We are governed by the principles of compassion, transparency, Community service, and
respect for administrative hierarchy

Brief History of the Commission

The Civil Service Commission (CSC), as an independent and impartial government institution that was established through a presidential Decree in January 2015 and signed February, 2015 by the President of Jubaland State of Somalia. The mandate to oversee the proper functioning and regulation of the activities of the Civil Service in Jubaland State of Somalia and that the Commission is expected to be an efficient and effective government institution in serving the public.

The Civil Service Commission (CSC) has its Headquarter based in Kismayo, the Interim Capital City of Jubaland State of Somalia (JSS). The Commission is independent and is part of the executive branch of the government being directly responsible to the office of the President.

Since its inception in August 2015, The Commission has continued to oversee recruitment and selection of Civil Servants to Jubbaland State Institutions on merit basis through fair and open competition. The institution is governed by the principles of compassion, transparency, Community service, and respect for administrative hierarchy, fidelity to the law, confidentiality, work ethics, efficiency, effectiveness, professionalism, fairness, equality and best HR practices.

To be a non-partisan in the execution of the CSC mandate of merit based recruitment and retention of best skills and is to be fair and impartial in deciding appeals and to assure that the treatment of civil service applicants and employees is consistent with civil service laws and the institution’s personnel rules.

To be a lead Commission in the provision of leadership, policy guidelines , management and development of competent human resources in the public service for effective and efficient service delivery  to the people of Jubbaland.

1. The Civil Service Commission managed to competitively recruit of about 523 civil servants under multi partner fund’s RCRF II (Recurrent costs & reforms financing) in the different MDAs.
2. Developed CSC strategic plan 2018-2020 with support of is it partner (PREMIS)
3. Successfully recruited non RCRF donor funded positions for government agencies.
4. Initiated a performance evaluation and appraisal of government ministries, particularly, on time management.
5. Conducted trainings and induction programs for civil servants with the support of it is partner (PREMIS)
6. Sensitized members of the cabinet and legislature on the need to follow recruitment guidelines and policies to facilitate effective discharge of government functions
7. Reviewed in consultation with Ministers organizational structures for a number of ministries/ state agencies with a view to determining staffing levels and gaps for efficient and effective delivery of services
8. Jubaland civil service commission with the help of its partners(PREMIS) developed civil service act, civil service commission act, and 13 regulations that were passed by the cabinet and parliament and include
a. CSC Reg 1_Recruitment, Promotion & Transfer
b. CSC Reg 2_Appeals
c. CSC Reg 3_Eligibility of Civil Servants for Payment
d. CSC Reg 4_Work in Excess of Normal Work Hours
e. CSC Reg 5_Discipline & Dealing with Misconduct
f. CSC Reg 6_Annual Performance Review
g. CSC Reg 7_Leave Entitlements
h. CSC Reg 8_Retirement, Resignation and Redundancy
i. CSC Reg 11_Civil Service Salaries
j. CSC Reg 12_Training and Development
k. CSC Reg 13_Org Design, Establishment & Staff Budgets
l. CSC Reg 14_Travel Related Allowances
m. The CSC act
9. The Commission has on several occasions engaged with crucial partners such as the World Bank team and PRIMIS with a view to accessing RCRF II, engagements that has largely been successful.
10. In order to offer quality service delivery to the public the Commission managed to take the 21 directors general for induction and management training to Kenya School of Government. Thanks to PREMIS (Public Resource Management in Somalia) who has fully funded all the costs that were incurred including transportation, accommodation and fees.
11. The civil service commission made strong ties with National civil service commission and other FMS commission’s to enhance cooperation among others.
12. The Commission with the backing of the Ministry of youth and sport managed to create short time jobs for 188 youth through the surge support from the World Bank fund that were channeled through the Federal Government of Somalia.

The Commission demonstrates the following values:

1. Promote Honesty, Integrity, and Trust: We honor our commitments and conduct business in a manner that promotes fairness, respect, honesty, and trust.
2. Cooperation and Teamwork: We encourage the diversity of thoughts, experiences, and backgrounds and celebrate participation and partnership in all of our endeavors.
3. Meritocracy: We select employees based on open, fair, and merit competition.
4. Innovation and creativity: We are open to possibility and foster creativity and risk-taking to support continuous improvement.
5. Champion Employee Development: We are committed to maximizing the potential of every individual and to support and promote the institution as a learning organization.
6. Model Leadership: We lead by example and advocate equitable treatment in our behaviors, policies, and practices.
7. Confidentiality: We believe in keeping safe and secret on employee’s information to promote trust in the organization.
8. Equity and diversity: We ensure everyone access to the same opportunities, and identify and eliminate all forms of discrimination by putting measures into place to overcome employment disadvantage faced by equal opportunity groups. 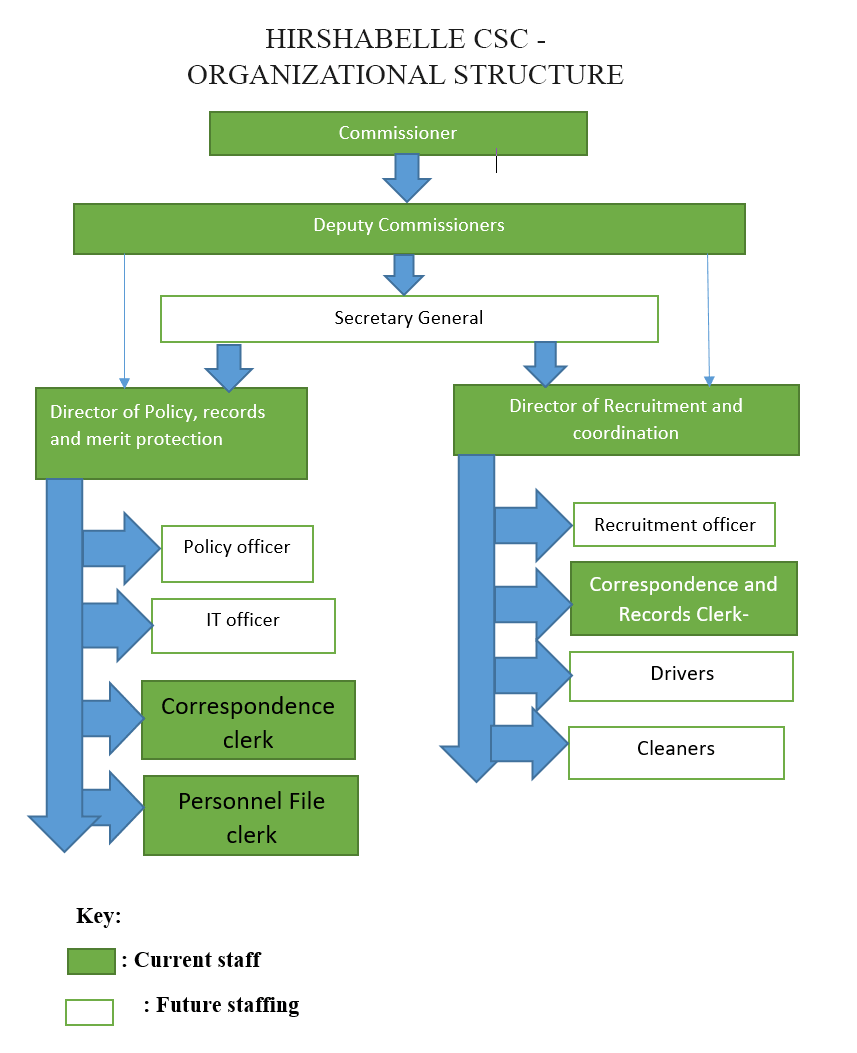